You don’t need to pinch either one of these two. Their love is as real as it comes. This engagement shoot will leave you green with envy. It’s the perfect way to celebrate St. Patty’s Day!

When did you meet and where?

Ryan and I met for the first time at our friends Cinco de Mayo party in Clemson in 2013. I have a tequila allergy so Cinco de Mayo isn’t a crazy party holiday for me but Ryan was all about it haha. Needless to say, our first impression of each other wasn’t a great sign of things to come. That fall, I went back down to Clemson to visit my friend, now one of Ryan’s roommate, and obviously our second impressions went a lot better. We’ve been inseparable ever since.

Was it love at first sight?

Ryan was honestly the most attractive person I’d ever seen in real life so the first time I met him I was really taken aback. I even went into the bathroom to put more make up on haha. However, tequila blocked me from seeing what a great person he was inside so I think it was really love at “second sight”. -Alex While I clearly had my eyes set on tequila that night it doesn’t mean Alex wasn’t a strong distraction. I had made extra points to talk to her (albeit a catastrophic failure) and her friend Liz definitely egged me on as well. It was clear from the second time we met though that it was something that was meant to be. We meshed almost instantly and interacted like we had always known each other. – Ryan

How did you get engaged?

My best friend Jordan, now my maid of honor, was pursuing her masters in Dublin, Ireland. I knew I wanted to go visit her before she graduated so we planned a trip to visit her and her now fiancé, John, in Dublin and then travel to Scotland for NYE 2016. I hogtied Ryan into traveling with me so we could have a nice couples vacation to both visit friends and celebrate my graduation from my Masters program. Jordan and John ended up sick right before the trip and weren’t able to come to Scotland with us. This caused Ryan to fly into a bit of a panic, which I obviously didn’t understand why it made such a difference. We ended up still going on the trip and just doing the Scotland portion ourselves. Our first day we flew into Glasgow and rented a car to drive through the Highlands to the Isle of Skye. As we were nearing Glencoe Ryan really wanted to go check out this place in the Highlands were they filled the James Bond movie, Skyfall. Ryan drove us down a single track road for about 45 minutes into the heart of the Highlands, It was some of the most beautiful scenery either of us had ever seen. We drove along a small river and passed reindeer and it was just truly magnificent. We finally got to the the Skyfall spot and it was incredible. We were basically sandwiched between two mountains with the river and road cutting through them. Ryan wanted some pictures so I wandered off to explore while he set up the tripod. Once everything was in place Ryan hiked up the mountain to meet me and he used a remote to take some pictures when all of a sudden he kissed me, dropped down to one knee in the heather and said, “Alexandria Jane Palmer, will you marry me?” while producing this incredible ring. Graceful as always, I replied “Shut the f*** up. Is this a joke?”, snatched the ring from him, put it on the wrong hand, leaving him kneeling on the cold weather ground. Once Ryan’s knee started to get cold he said, “Is that a yes?” and popped up when I finally gave him an affirmative response. Due to Ryan’s forethought we managed to have pictures of the proposal and reaction even without our friends traveling with us to show our families and friends which was super important to me since they couldn’t be there to see and celebrate with us. 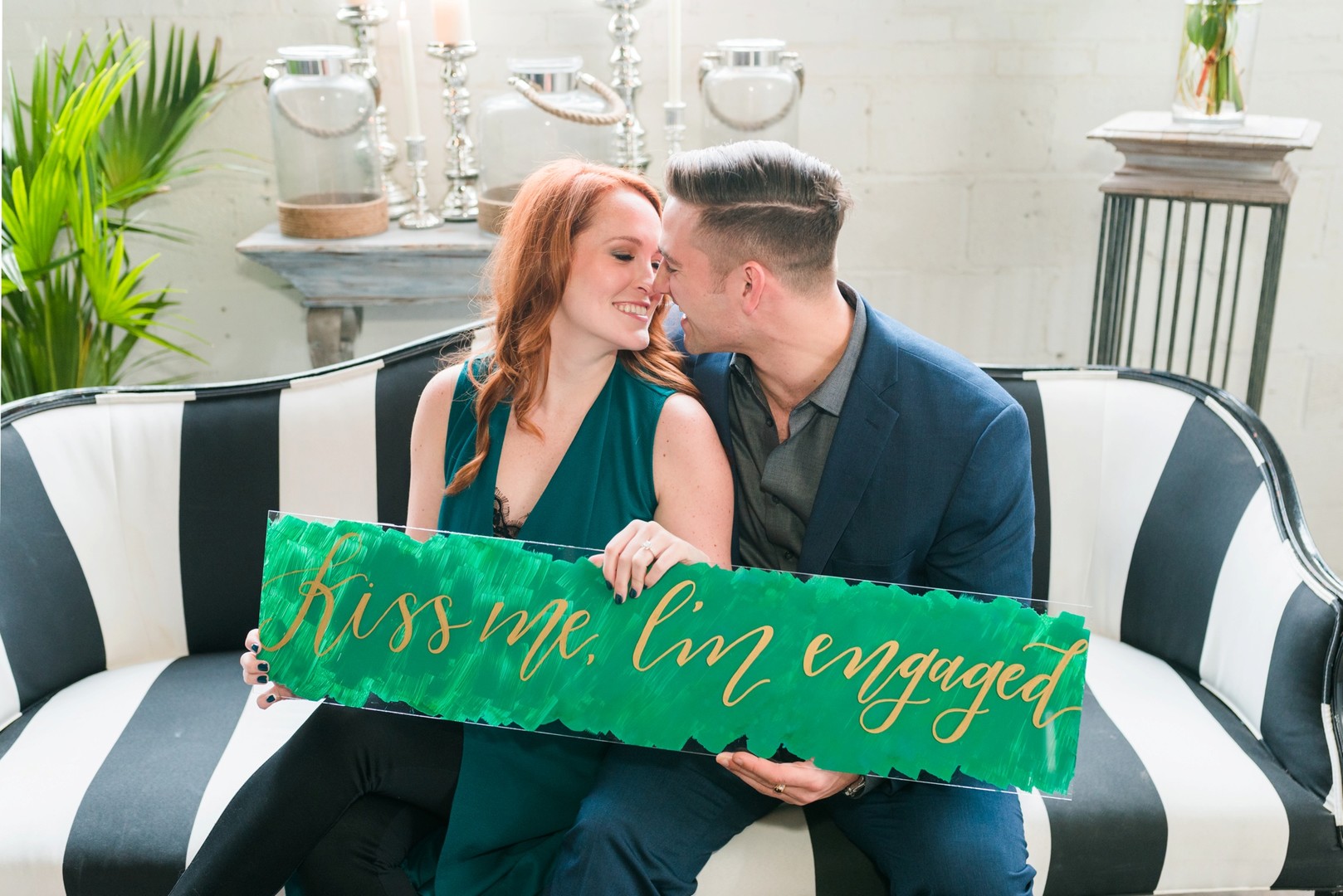