Like all weddings at The Venetian, this one was exceptionally stunning and over-the-top gorgeous!

Chelsie and Michael’s wedding was extraordinary and had so many very special moments and details, like a Rolls-Royce, and red healed Christian Louboutin shoes.

Read more about their story directly from the bride at the end of this feature. 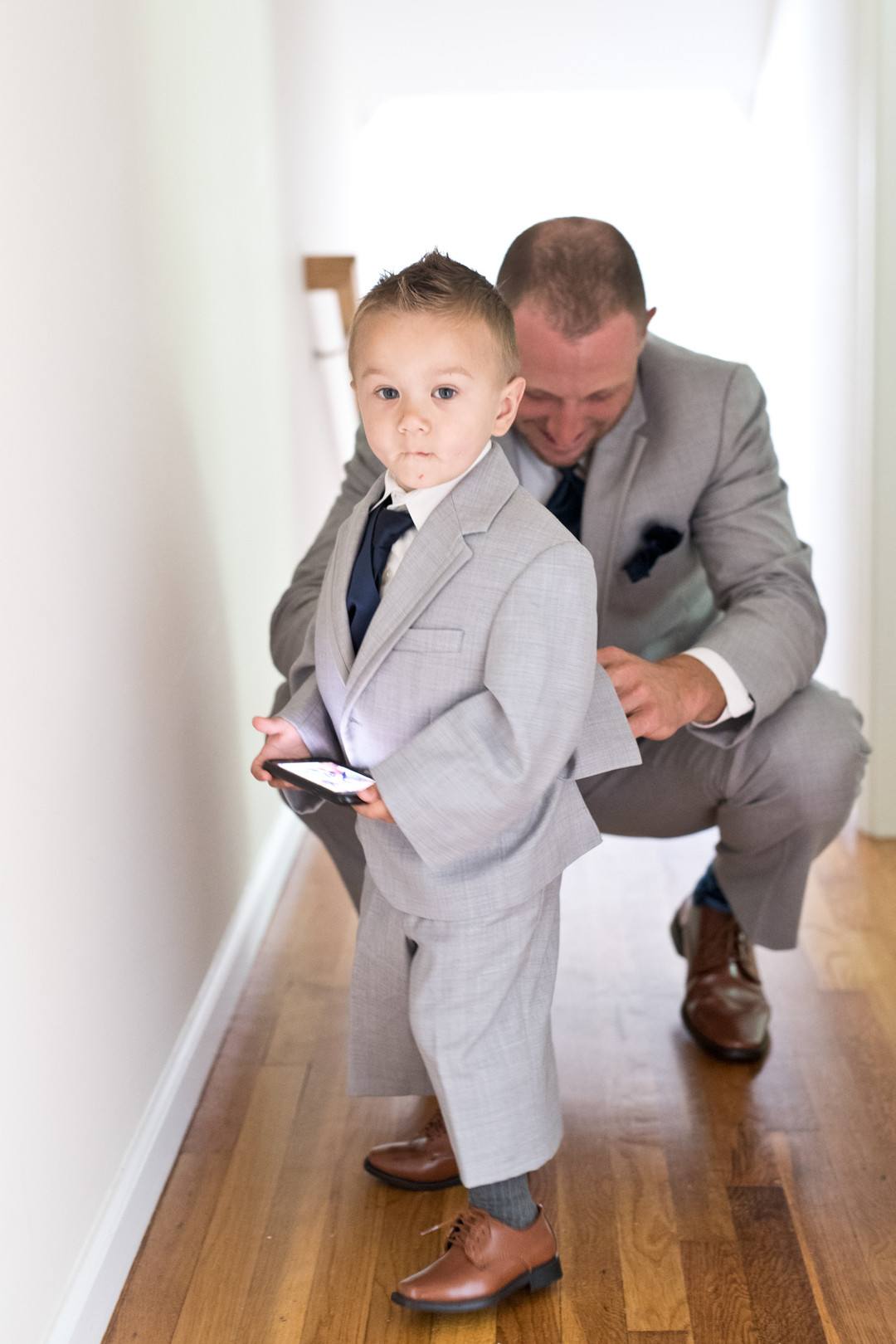 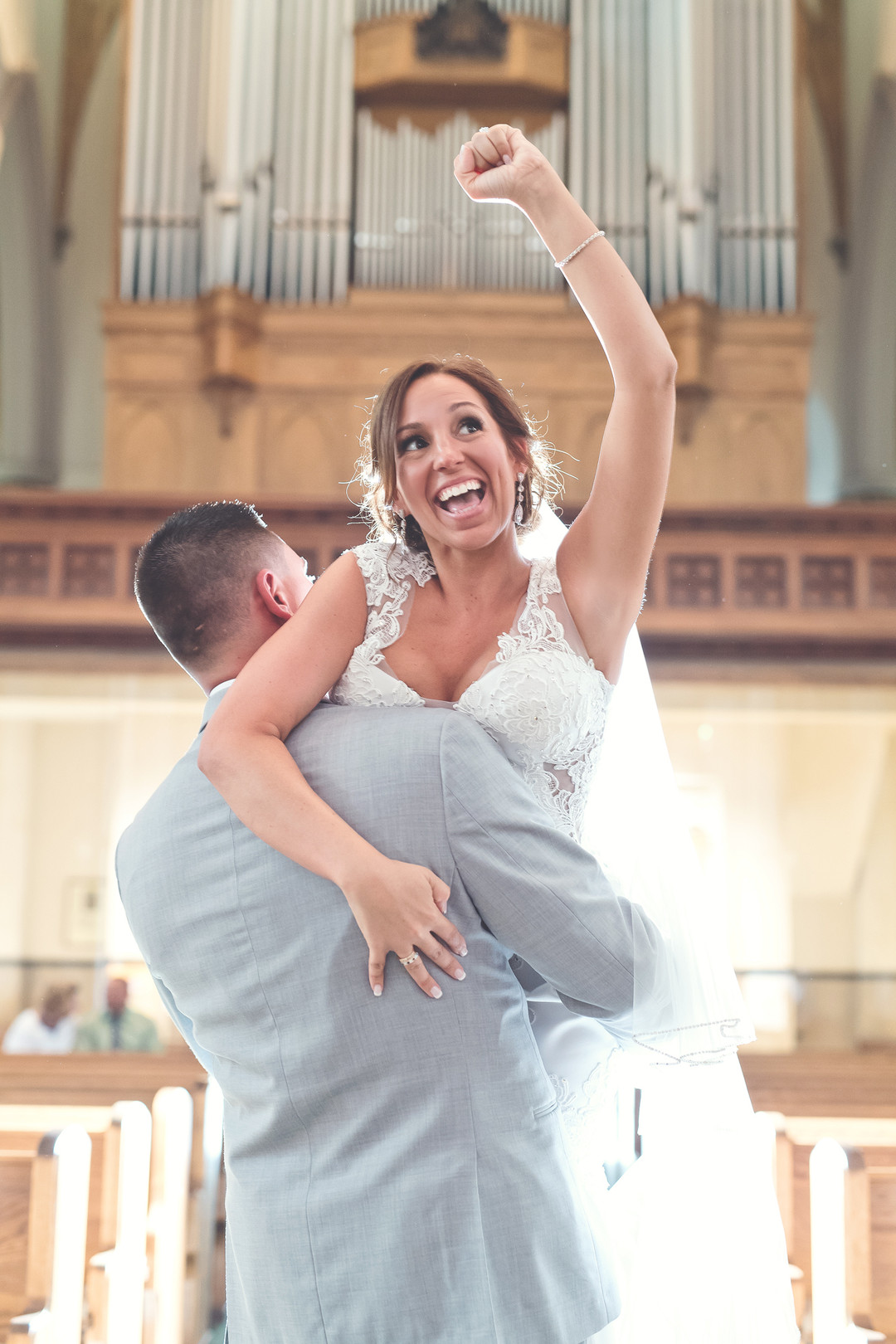 From the Bride: On Tuesday March 11, 2014, I got a little hungry and decided to try out a new local deli for lunch. When I got inside I immediately locked eyes with Mike. I leaned over to my cousin Steph and told her how cute I thought he was. We ordered our sandwiches and sat down to eat when Mike’s mom Lia came over to talk to us. She told us that her three boys owned the deli and that two of them were single, and one was married. I was immediately saddened by this news as I assumed Mike was the married one (just my luck) but to my surprise he was not. Mike came over to the table and introduced himself before running back behind the grill.

After that I couldn’t get him out of my head. I knew there was something so special about him. I took it upon myself to go into the deli every day after that to try and talk to him. Every time I saw him I got butterflies (still do). It truly was love at first sight!

On the following Friday, I brought my cousin Steph with me to the deli again (I have zero game). Mike kept asking what I was doing for the weekend and my response was something like “hanging out with my cat”. Steph immediately jumped in and said that we would be going to Black Angus for drinks and that he should meet us there.

As we were walking up to the register to pay, Mike took an order slip and wrote down his name and number, gave it to me and asked me to text him with the details. I had all I could do to make it out of the deli without squealing!

About five hours later I mustered up the courage to text him. He and his friend Steve met us out for drinks and I was in love. After drinks he walked me to my car, gave me a hug, and told me to text him when I got home safely. I got in the car and immediately called my mom. I couldn’t believe how sweet he was and I didn’t think it was possible to love someone after just meeting them.

A few days later Mike asked me out on our first date. He came to my house to pick me up with a bouquet of flowers in hand. He took me to Rizzuto’s in Westport and requested a table for two by their beautiful stone fireplace. We ordered drinks and when the waiter came out with them mine was in a tall glass and Mike’s was in a cute little martini glass. We couldn’t stop laughing the entire night.

After dinner Mike brought me to a tequila bar next door (he knows the way to my heart). We had two of the worst margaritas ever before deciding to head home. As we were walking to the car on the uneven cobblestone I grabbed Mike’s arm and said, “don’t let me fall”. Not thirty seconds later I was face down on the ground. I popped back up and acted like it didn’t hurt at all. Mike would not stop apologizing for letting me fall, he was just so sweet.

I thought for sure I ruined my chances but Mike kept on asking me out on dates. We would go for walks downtown with his dog Mylo, hang out at my house watching the voice, or go to karaoke night at The Spot. A few weeks later Mike asked me to go to Maggie McFly’s for his brother Wills birthday. So we went and I was THE only girl there trying not to make a fool of myself at this virtual golf. After we finished the game, Mike and I got in the car to go home. It was on the drive home when Mike asked me to be his girlfriend…and of course, I said yes!

On Wednesday, April 6th Mike and I had planned to celebrate our 2 year anniversary. He made reservations to go to Rizzuto’s in Westport (where we went on our first date). Mike said he would pick me up around 7:00 p.m. that night. When he got to my house he had a bouquet of roses and said he couldn’t wait for dinner!

We got in the car and he told me that his brother called to say the alarm at the deli was going off and we had to stop to shut it off on our way. I was immediately irritated and asked if one of his brothers could go instead. Unfortunately his brother Will was out for dinner to celebrate his birthday, his brother Chris was in North Salem, NY, and I was under the impression that his parents were babysitting his niece and nephew. Sooo we went to the deli.

When we arrived at the deli Mike came around the car to open my door and said that it may take longer than anticipated so I should go inside with him. When he opened the deli door there were rose petals everywhere and candles galore! I walked over to the candles and notice they spelled “Marry Me”. I immediately screamed “is this for real” and when I turned around he said “yes”. He went on to say a bunch of sweet things that I unfortunately can’t remember because I blacked out! Then he got down on one knee and said “Chelsie Rizzo, will you marry me?” Through all the happy tears I muttered “yes”.

Then he got up and asked if I wanted to try it on (in the midst of all this I forgot about the ring). I said, “of course”! Then he told me to turn around because he had a video camera setup and he recorded the whole thing! It was truly the most amazing moment. I can’t wait to spend the rest of my life loving him. How did I get so lucky?!